The story of Joseph is a quite popular one, but just in case you aren’t familiar with it, here’s a précis of Genesis 36 -39 (as seen in my mind’s eye). It tells the story of Joseph( the dreamer)sold into slavery by his brothers; a result of pure unadulterated ‘beef’, but through hard work and favour rose to the top the ranks and became head slave. 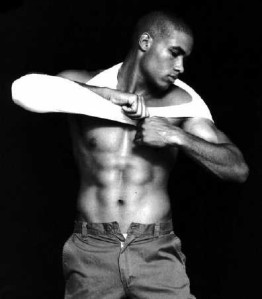 and all  that comes with being foreign,  young, hard-working and loyal to his master caught the attention of the lady of the house; Mrs.Potiphar who desired him so badly she attempted rape (talk about desperate measures). Joseph was smart enough to flee from her presence and her tight grip on his clothing; preferring honour to a moment of pleasure (not a common choice these days, is it?). Well, this got him no hallmark of fame, star recognition or pay-rise. On the contrary, he found himself in prison – for doing the right thing!

Rosemary, a 35-year-old woman and the first child of Mr. & Mrs. Macaulay, works as the

assistant to the CEO of a leading oil and gas company in Lagos, Nigeria. It’s been 4 years since her relocation to Nigeria, but still can’t successfully mention 5 lounges, bars or nite clubs in the city. The last movie she watched was  ‘Because I said so’ with her younger sister in Odeon the nite before her departure, and she’s completely clueless about Kimora and Djimon Hounsou’s union talk less of Beyonce’s imminent motherhood….. “I love my job” she’s so quick to say “I’m so busy, I hardly have time for any other thing”. “I’ll catch up with these things later. They aren’t that  important, anyway” She’d be quick to retort whenever anyone dared query her social life. All the restaurants and bars she’d been were places she visited with Mr. Otis; her ‘fab’ boss on business meetings and the few nite times they’d had with other business partners once a deal was sealed. Since, she had no life outside work, she gladly accepted weekend schedules; both within and outside town and it was no matter of inconvenience when her boss scheduled impromptu business meetings outside town…she always consented …it was work she enjoyed, anyway.

It was only a matter of time before dear Mr. Otis began making passes at her. From 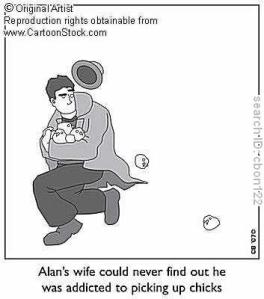 comments like “You look a million box today” to addressing her as “dear”, “sweetheart”, “darling” etc While it was easy for her to ignore and make excuses for such behaviors, she found her mouth dry and void of saliva when he openly declared on one of such business trips to Dubai that he had the ‘hots’ for her (is that the line used these days??). “Be mine” he was quick to add, looking her in the eyes. She really wanted to believe it was a joke, she looked around expecting to see Ashton Kutcher come out from the corner and yell ”punked!” but it just didn’t happen. Playing oblivion didn’t help matters one bit, with every passing day, he unhesitantly reminded her of what he felt for her; his marriage and family notwithstanding. He even dared to refer to her as babe on one occasion and will send  {big hug} and {kisses} avatars now and again as he ended their blackberry chats.

The Outcome:  If you had a pen now and had to conclude this story, what ending will you give to it and why? Boss/assistant relationships are not new in these modern times…Searching employment at 35 is definitely no joke with all that 26/28-year-old barrier on present job boards….fleeing only to end in prison?? Morals or flowing with the crowd? What would you do….Sincerely!

2 thoughts on “Excuse me, Mrs. Potiphar…”

This is not a Nobel Laureate piece nor an entry into a literature competition. Hence, it may contain typos and minor errors. So, before you bring out your pens to circle the errors on your ipads et al, remember the disclaimer.
However, your comments are very welcome.